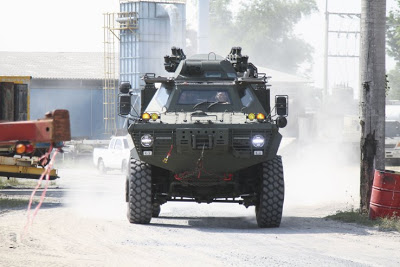 The RTN had considered the donor vehicle to be beyond economic repair following an earlier land mine strike, agreeing to donate it to Panus for a potential rebuild at the company’s expense. 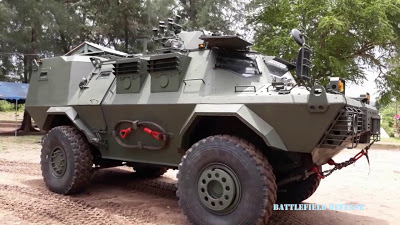 The vehicle was re-engineered and rebuilt over a period of eight months, and was handed back to the RTN for testing and evaluation following a series of trials in early June 2017. Should this effort find favour with the RTN, the aim for Panus would be to similarly upgrade the remainder of the service’s 24 V-150 vehicles – some of which are presently unserviceable.

Given the prevalent mine and IED threat in Thailand’s southern provinces, a key aim of the project was to improve both ballistic and blast protection levels of a vehicle originating from a time when 7.62 mm ball rounds and anti-personnel mine protection was considered adequate for a vehicle of this type. The desire was to deliver a product with protection levels comparable to the RTN’s in-service Panus Phantom 380-X1 MRAPs. To help achieve this target, Panus engineers redesigned and reinforced the entire hull, with about 80% of the HMV-150’s 6.5 m long and 2.5 m wide hull newly fabricated. Formal ballistic and blast testing has yet to be undertaken, but the vehicle’s updated protection is understood to be based around a double layer hull with 12 mm thick steel used for the sides and roof, and 16 mm thick steel used for the underside.