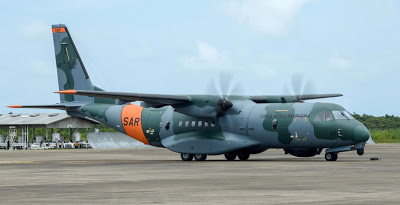 The bidding for Department of National Defense (DND)-Armed Forces of the Philippines (AFP) 2 Long-range Patrol (LRP) aircraft acquisition project under the First Horizon of Revised AFP Modernization failed during today’s Submission and Opening of Bid.

According to MaxDefense Philippines, PAL Aerospace of Canada, PT Dirgantara Indonesia (Persero) Indonesian Aerospace, and Elbit Systems of Israel were the only firms that submitted their bids – all of them were disqualified for different reasons.

It said that Airbus, Lockheed Martin, Leonardo, Embraer, Saab, Boeing, Raytheon, Elta, and Field Aviation were present but did not join the bidding.

MaxDefense also noted that the Approved Budget for Contract (ABC), P5.976 billion, is a key factor.

“The weak PH Peso vs US Dollar/Euro convertion rate, plus escalations due to inflation and time-cost issues are also main issues, with the budget formulated several years ago, which is also a perido when the exchange rate was US$1 = Php45,” MaxDefense said.

HARUS BACA :  ShinMaywa Inches Towards US-2 Sale to Indonesia
@username
44.1k Followers
Follow
Previous articleU.S. to Sign MOU with Australia for MQ-4C Triton
Next articleC-MAX Side Scan Sonar for Australia, Indonesia and Malaysia