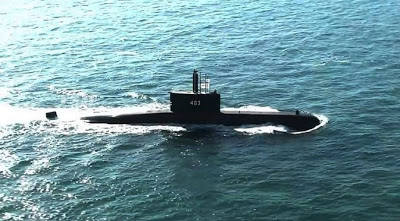 Indonesia is about to receive its first South Korean-made submarine, after a delay of more than four months. Delays have been caused by modifications made to the platform after its initial sea trials, said DSME (photo : pr1v4t33r)

This information has since been corroborated with DSME’s officials, who confirmed that preparations are currently underway for the handover ceremony. “At the moment, [the work on] Nagapasa is completely finished, and [the vessel] is ready for delivery on 2nd August 2017”, said a DSME official who spoke to Jane’s on the same day.

Nagapasa , which has been given the pennant number 403, is part of a KRW1.3 trillion (USD1.1 billion) contract signed between DSME and the Indonesian government in December 2011. The contract comes with a technology transfer arrangement, which will see the first and second vessels built in South Korea, while the third boat will be produced at Indonesian state-owned shipbuilder PT PAL’s premises in Surabaya in collaboration with DSME.

Nagapasa displaces approximately 1,280 tonnes when surfaced and 1,400 tonnes when dived. The vessel features an overall length of 61.2 m, an overall beam of 6.25 m, and a hull draught of 5.5 m. Powered by four MTU 12V493 diesel engines, the submarine can attain a top speed of 21.5 kt when dived, 11 kt when surfaced, and a maximum operating range of approximately 10,000 n miles at 10 kt while surfaced, according to specifications provided by DSME.