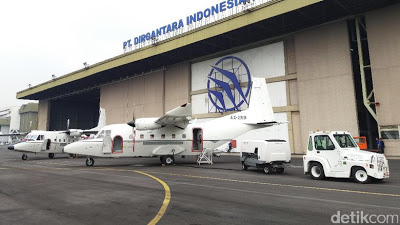 The Philippine government entered a contract with the said Indonesian firm for the supply of two NC-212 aircraft early 2014. Delivery was expected late 2015.

MaxDefense Philippines said delivery may take place next month. MaxDefense said “PTDI failed to deliver the aircraft on time due to issues between PTDI and the approved autopilot supplier, who was bought by another company and was said to have not honored its commitments to PTDI, which led to the delay and blacklisting of PTDI.”

“Blacklisting from Philippine government procurement board [is] coming to an end in 3 days,” MaxDefense said.

However, according to a credible source of Update Philippines, delivery may take place in September.

CASA C-212 Aviocar is a turboprop-powered STOL medium transport aircraft designed and built by CASA in Spain. Construcciones Aeronáuticas SA (CASA) became a subsidiary of European Aeronautic Defence and Space Company (EADS) in 1999 as EADS CASA, and in 2009 EADS CASA was absorbed by Airbus Military.

At present, C-212s are also being produced under licence by Indonesian Aerospace under NC-212 family.