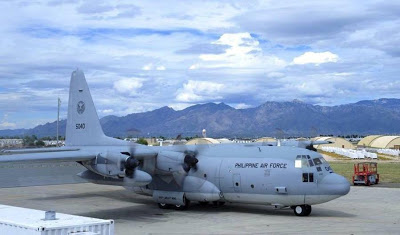 The upgrade will be a transition from analog to digital, integration of glass cockpit, and use of touch screen displays. “With this transition, dial-driven instrument will soon be a thing in the past,” 220AW said.

“The visit was meant to conduct aircraft configuration assessment, discuss the mission requirements and obsolescence issues, and identify the requirements needed for training and maintenance,” it added.

Morover, the TWG performed site survey inside the Wing’s hangar, particularly at the avionics and aerospace ground equipment shops, to check if the platforms would be compatible once they are modified.

“Personnel from the Office of Directorate for Logistics and 470th Maintenance Support Group made a thorough evaluation of the proposed enhancement and presented it to the TWG members,” 220AW said.

“The completion of this project will definitely boost the Wing’s airlift operations now that the demand for the utilization of our C-130 aircraft in the international airspace is very eminent,” 220AW added. “This upgrade is considered a welcome development of the Wing’s ongoing modernization program.”