China Offers Rocket Laucher and Radar System Based in Johor AR3 is a multi-calibre rocket system calibre 300-370mm which has a top range of 220km (photos : Military Today)

Rocket launchers, radar system in Johor from China, with love

CHINA will offer Malaysia advanced rocket launchers and a radar system, to be based in Johor, reflecting the widening defence and trade ties between the two countries in the South China Sea region, sources told The Malaysian Insight.

The generous low-interest offer will be made by a high-level delegation headed by Chinese President Xi Jinping’s special envoy visiting Malaysia for the East Coast Rail Link launch tomorrow.

“Up to 12 units of the AR3 multiple launch rocket system (MLRS) will be offered to Malaysia in a purchase programme with a loan period of 50 years,” a source told The Malaysian Insight.

“The MLRS, which has a top range of 220km, will be located in Johor with a radar system,” added the source, confirming The Malaysian Insight’s report last April.

Malaysia has previously inked a deal to buy four littoral mission ships from China, its most significant purchase from the Middle Kingdom that was seen as a blow to its traditional defence suppliers in the West.

“The view from Beijing is that Malaysia is critical to peace and stability in the region,” a regional diplomat told The Malaysian Insight.

The AR3 multiple launch rocket system is an artillery rocket system, developed by China’s Norinco specially for export and was first unveiled in 2011. 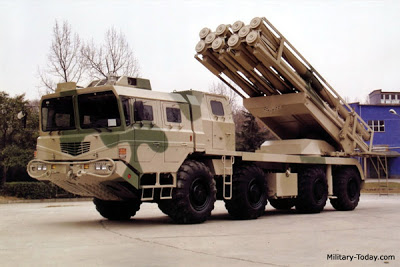 The military-today.com website described the AR3 as currently the most powerful MLRS in the world that launches conventional and guided missiles.

The AR3 is based on the Wanshan WS2400 8×8 special wheeled chassis. The same wheeled chassis is used for most recent Chinese large-calibre multiple launch rocket systems.

Sources had said that an air defence and radar system in the southern part of the Malay peninsula could prove to be a sore point with Singapore, which China considers to be a proxy of the United States in the region.

Malaysia and Singapore are in the Five Power Defence Arrangement (FPDA) but the neighbours have been slowly building up their defence assets and have had some issues over airspace control.

Others in the FPDA set up to defend Malaysia and Singapore during the Cold War are the UK, Australia and New Zealand. – August 9, 2017.