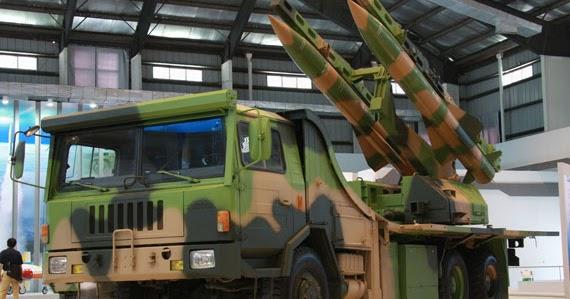 As reported in the article «Thailand Imports KS1 SAMs», published in the September issue of the journal «Kanwa Asian Defence», citing a source in the Thai defense industry, Thai Air Force finalized a contract with China on the division purchase of Chinese anti-aircraft missile system of medium-range KS-1 / HQ-12. Once the deal is officially enters into force, Thailand will become the third country, having armed with this complex, after Myanmar and Turkmenistan. According to the source, due to budgetary constraints, Thailand will buy only three launchers of anti-aircraft missiles.

The source did not specify what modifications will be purchased – KS-1, KS-1A or KS-1C. The last option was proposed three years ago in the world market. According to the newspaper, soon to Myanmar has been put option KS-1A, and Turkmenistan and Thailand receive KS-1C.

Last year, there were reports that Thailand is negotiating the purchase of Chinese AAMS FD2000 (HQ-9), but due to financial constraints, the parties agreed on the version of KS-1. The source did not say whether the talks would continue on Thailand HQ-9 purchase. Typically, the Chinese foreign trade association China Precision Machinery Import-Export Corporation (CPMIEC), carrying out the implementation of air defense missile systems in the world market, conducting joint marketing SAM HQ-9 and HQ-12, as the range of their fire is 125 and 70 km, respectively (but so far this combination acquired only Turkmenistan)

For a while, KS-1 offered Malaysia, but without result. Since then, the complex was modernized to version KS-1A increased from 50 to 70 km firing range. In April 2016 at the exhibition in Malaysia for the first time announced CPMIEC characteristics SAM KS-1C. Firing range of 5-70 km when firing on the aircraft and 7-30 km for shooting cruise missiles. Reach height – 0,3-27 km from the KS-1A – 0,3-18 km. Both complexes used radio command guidance system. KS-1C can be simultaneously released six missiles for firing eight goals.

The publication notes that the negotiations on the purchase of the complex took place very quickly – almost a year. And the arms embargo [of the West] makes the connection between the two countries even more dense.