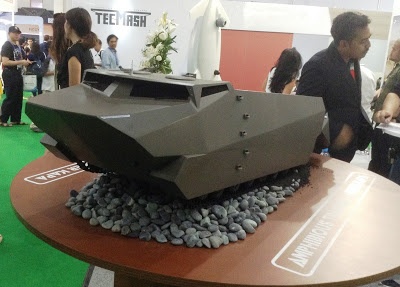 Manufacturer of Jakarta presented on IndoDefence model under development for several years tracked amphibious Kapa RD Mk I. The vehicle is created with the aim of indigenous armed forces, including first of all the branches of the Indonesian Marine Corps (Korps Marinir). The car will be used primarily to transport troops and supplies from ships to shore during the landing operations and occupation of enemy beaches, as well as support troops defending the occupied outpost. 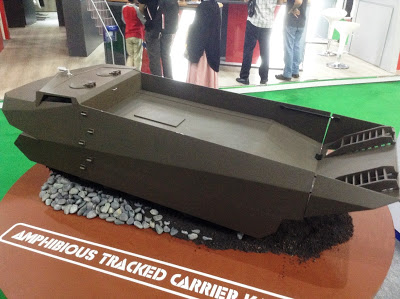 PT Republik Defensindo is now preparing for the construction of two prototypes Kapa RD Mk I, which will be used for field tests. Trials will begin in 2017 and will be conducted on land provided by the Korps Marinir. In 2018 the Ministry of Defence should be ordered the first batch of 14 cars. Deliveries are to be completed in 2019. 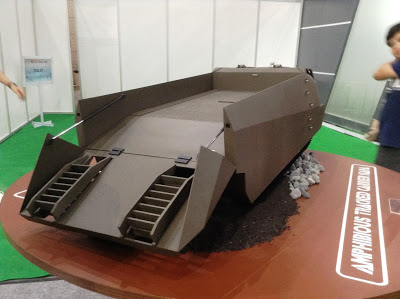 In the future Korps Marinir can order another amphibious Kapa RD Mk I. The decision will depend primarily on the resources of the investment budget of the Ministry of defense, as well as the operating experience of the first batch of cars. 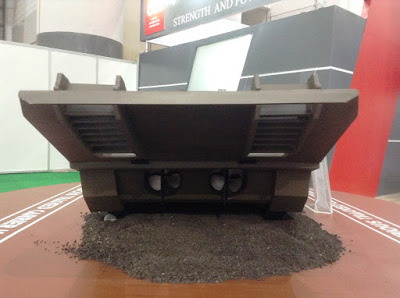 Another user Kapa RD Mk I may be Indonesian emergency services. PT Republik Defensindo assumes that the authorities of each of the 34 provinces into which administratively is divided into Indonesia, they order at least 2 amphibians. Vehicles in the civil version will be used in search and rescue operations, as well as to evacuate the wounded and disaster relief. 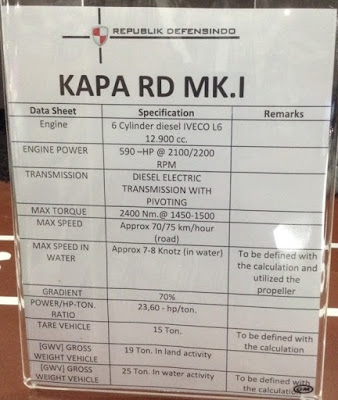 The max weight of amphibian Kapa RD Mk I will be 25 t. The vehicles will be powered by a 6-cylinder diesel engines Iveco L6 power of 590 hp. They grow 70-75 km / h on land or in water 7-8. They will be able to take on board less than 50 soldiers without additional equipment. The manufacturer assumes the assembly of diverse weapons, from 7.62-mm km after more than 100-mm artillery sets. Reinstate cars but will greatly reduce the transport capacity.