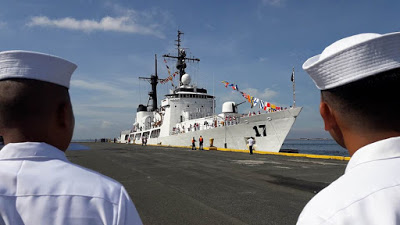 The ship, a former US Coast Guard high endurance cutter, stopped at Honolulu, Hawaii in November.

He said the ship will increase the Navy’s presence in Philippine territorial waters.

The Bonifacio is armed with a 76-mm Oto-Melara auto-cannon and has a cruising speed of 29 knots.

It was decommissioned by the US in early 2016, and formally received by the Philippines on July 21, 2016.

The frigate left the US Coast Guard base in Alameda, California on November 1 for its voyage to the Philippines.