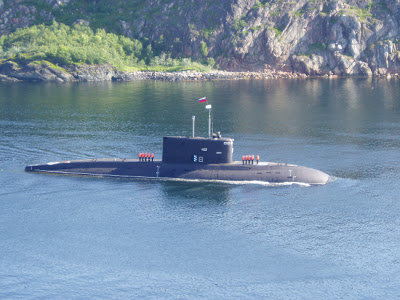 MANILA, Philippines – Russia has offered to sell a submarine to the Philippines along with drones with military hardware to boost the modernization program of the military, Defense Secretary Delfin Lorenzana said yesterday.

Lorenzana said he would decline the procurement of a submarine because it is too expensive and the military does not need it right now.

He said the defense department is looking at the acquisition of drones and sniper rifles.

“The drones, we can get them,” Lorenzana said during the Rizal Day commemoration rites at the Rizal Park in Manila yesterday.

While the talks are still in the initial stage, Lorenzana noted how aggressive their Russian counterparts are in establishing cooperation with the Philippines.

He was quick to clarify that the there is no military alliance being mapped out with Moscow, and the cooperation will likely be on training, exchange of personnel and some observing in military exercises.

Lorenzana and Foreign Affairs Secretary Perfecto Yasay Jr. flew to Moscow recently upon the instructions of President Duterte after Russian Ambassador Igor Khovaev had asked government officials to provide Russia with a wish list to determine what kind of assistance could be provided to the Philippines.

The President has expressed interest in getting sniper rifles from Moscow, but Lorenzana said these were not yet available during their visit.

Based on his conversation with Yasay, Lorenzana said the President would likely embark on a state visit to Russia in April or May, after winter.

Duterte said that he could not stand the cold weather during winter.

Meanwhile, a Russian anti-submarine vessel and a naval tanker would make a port call at Manila’s South Harbor next week, the Navy announced yesterday.

Capt. Lued Lincuna, Navy spokesman, said that Russian vessels Admiral Tributs, an anti-submarine warship, and the tanker Boris Butoma would be at Pier 15 from Jan. 2 to Jan. 7.

The last Russian warships to visit county was the anti-submarine destroyer Admiral Panteleyev escorted by Boris Butoma and the rescue tug Fotiy Krylov, that dropped anchor at South Harbor in January 2012.

“During the visit, a customary meeting procedure will be conducted by a welcome ceremony to be rendered by the Philippine Navy. There will also be courtesy calls, shipboard tour and send-off ceremony, among others,” Lincuna said.