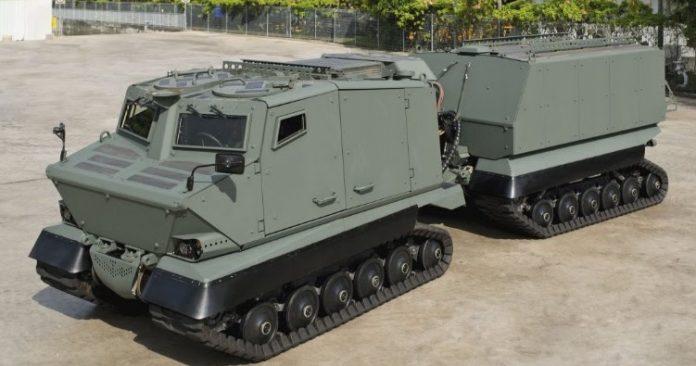 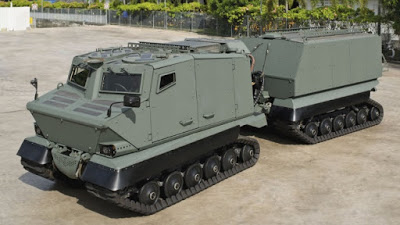 ST Kinetics’ (STK’s) Bronco 3 is the logical evolution of the Bronco 2 (Warthog in British Army service) and factors in many lessons gained from more than 15 years of service of the Bronco 1 with Singapore’s ground forces, as well as operational experience of the Warthog in Afghanistan, Dominic Phoon, head of business development with the company’s Design and Manufacturing Group, told IHS Jane’s.

Development of Bronco 3 commenced in 2010 and Phoon explained that based on its predecessors’ survivability records a key design aim was to provide at least Warthog levels of protection, but at no more than Bronco 1’s base design gross vehicle weight of 16 tonnes, and not Warthog’s ultimate operational weight, which peaked at 21 tonnes. An amphibious capability comparable to that of the original Bronco 1 was also desired. These aims have been achieved with Bronco 3 attaining 5 km/h in the water, and tipping the scales at around 10.2 tonnes unladen.

Phoon disclosed that throughout its use in Afghanistan the UK’s fleet of 115 Warthogs survived around 30 direct improvised explosive device strikes, with no crew fatalities, the relatively low strike rate part-attributable to the design’s ability to traverse terrain inaccessible to other vehicles, wheeled or tracked.

Actual protection levels for Bronco 3 remain classified beyond basic hull protection of up to Level 4 ballistic. However, both modules have been redesigned and now feature blast deflecting V-shaped hulls suspended from a redesigned and stiffened chassis by four rubber isolators. Additional benefits of this isolator interface include the ability to swap the rear module in less than 30 minutes, and a reduction (when compared to Bronco 2) in noise, vibration, and harshness levels of 50%.

Individual crew seats are an in-house blast-attenuating design and are suspended from the cabin roof. Bronco 3 normally seats 12, the four front cabin seats located as close to the vehicle centreline as possible.