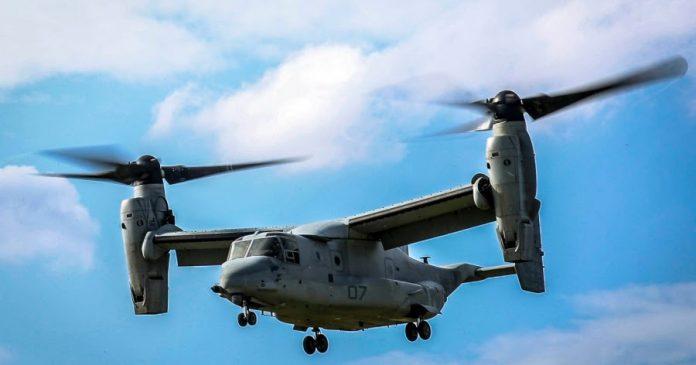 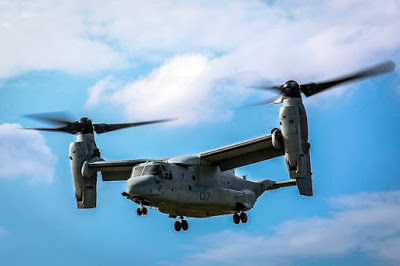 The Marine Corps this spring is sending its largest aircraft element to date — four tilt-rotor Ospreys and five Super Cobra and four Huey helicopters, all out of Hawaii — to the next $25 million rotation of Marines to northern Australia as the Corps continues to redistribute its forces around the Pacific.

The Marines are moving to four major forward areas of operation over the next decade — Japan, Guam, Hawaii and Australia — as part of a “distributed laydown” that seeks to deter growing threats in the vast Asia-Pacific region, particularly from from China and North Korea.

The Osprey, with its long range and speed, is seen as a key connector for the Marine Corps in its new island-hopping strategy.

In November 2011, President Barack Obama and Australian Prime Minister Julia Gillard announced that U.S. Marines would be sent on six-month rotational deployments to train with the Australian Defence Force in Darwin and elsewhere in the Northern Territory. The move puts the Marines closer to Southeast Asia and allows Australia, a key ally, to bolster its defense. 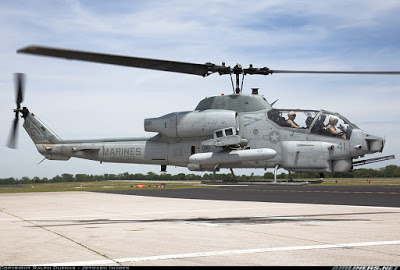 The presence was to grow to a 2,500-member Marine Air-Ground Task Force during the 2016-2017 time frame, but officials said the sixth iteration of the deployment will remain at 1,250 Marines who are expected to arrive in Australia in April.

Most of the Marines will be from the 3rd Battalion, 4th Marine Regiment, out of Camp Pendleton in California, Marine Corps Forces Pacific said.

But the deployment number is stuck at 1,250 for the time being as funding problems continue to be worked out for the full Marine Air-Ground Task Force of 2,500 with aircraft, vehicles and other equipment.

“The Marine Corps position to date has been that we will not grow the force beyond 1,250 Marines in Australia until we get some top-line (overall Marine Corps budget) relief for funding for military construction,” Craig Whelden, executive director of Marine Corps Forces Pacific at Camp H.M. Smith, said at a recent Chamber of Commerce Hawaii event. 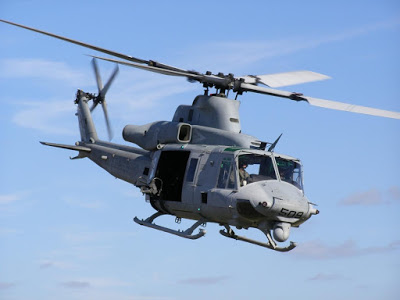 Whelden added that “we’ve essentially tapped out what we can use of existing facilities and for sustainment.” The deployment of 1,250 Marines costs about $25 million, he said. Marine Corps Forces Pacific is the tasking authority for the units participating in the rotations.

Australia and the United States in October agreed to a more than $1.5 billion cost-sharing agreement to improve infrastructure in northern Australia as well as pay for ongoing costs over the 25-year pact — ending a disagreement over who would pay the tab, The Australian newspaper reported.

Australian media also said the Marine Corps rotational force is expected to double to its full strength of 2,500 by 2020. 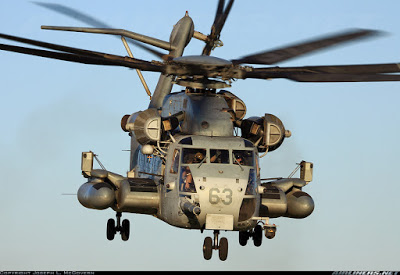 By comparison, the Marines sent four UH-1Y helicopters for the rotational deployment in 2016 and four big CH-53E Super Stallions in 2015, according to Australia’s Defence Department.

Whelden called the next contingent to deploy “a more diversified, a more capable force than we’ve had previously.”

The “distributed laydown” in the Pacific, which dovetails with the Marine Corps’ expeditionary nature and ability to rapidly move forces from one place to another, calls for moving more than 4,000 Marines from Okinawa, Japan, to Guam.

Whelden said hundreds of millions of dollars already have been invested on Guam, with wharves to support amphibious ready group ships already completed and ramp and hangar work ongoing for Ospreys and the new F-35B Lightning II, which the Corps called the “world’s first operational supersonic short takeoff and vertical landing fighter.”

Ten of the stealth fighters this week were sent to Iwakuni, Japan, with six more expected to arrive this summer. Whelden said the relocation of about 2,700 Marines from Okinawa to Hawaii is about 10 years away.