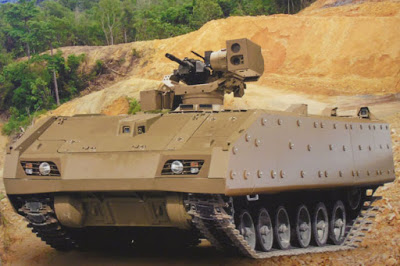 This unnamed AFV has been developed by ST Kinetics to meet the operational requirements of the Singapore Armed Forces (SAF) to replace its US-supplied M113 series of tracked armoured personnel carriers (APCs) and other variants, which have been upgraded to the M113A2 Ultra configuration by the company.

The baseline hull of the NG AFV is all welded steel armour to which an appliqué layer of passive armour has been added. This armour package is a modular design so it can be removed and replaced as new technology emerges, or tailored to meet the appropriate threat.

ST Kinetics has also stated that “an advanced protection suite” can be added for an even higher level of protection. This probably refers to a hard-kill defensive aids suite (DAS). 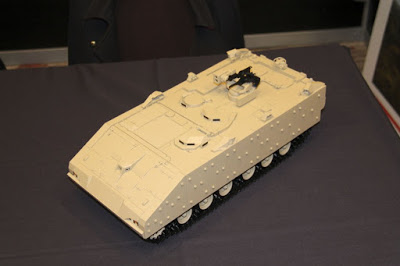 The powerpack is installed at the front of the hull on the right and consists of an MTU 8V-199 TE20 diesel developing 711 hp coupled to a Kinetics Drive Solution (KDS) HMX3000 fully automatic transmission. This gives a maximum road speed of up to 70 km/h and a high power-to-weight ratio of 24.5 hp/tonne.

The HMX3000 has been designed for installation in tracked AFVs with a gross vehicle weight (GVW) of up to 36 tonnes and with engines with an output of up to 800 hp.

The in-arm hydropneumatic suspension provides a better ride for the crew, improved cross-country mobility, and a more stable firing platform.

In the APC configuration the driver is seated to the left of the powerpack with the other two crew members to the rear, with the gunner on the left and the vehicle commander on the right.