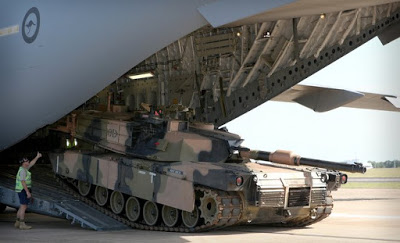 M1A1 Abrams tank inside a C-17 airlifter of the RAAF (photo : Aus DoD)

Bids were solicited via the Internet with one received. Work will be performed in Sterling Heights, Michigan; Germany; Killeen, Texas; Korea; Kuwait; and Poland, with an estimated completion date of Feb. 28, 2018. Previous articleMMEA Builds Six New Vessels to Beef up Security in Sabah, Sarawak
Next articleMyanmar is Planning to Get the Licensed Production of the new Ukrainian BTR-4