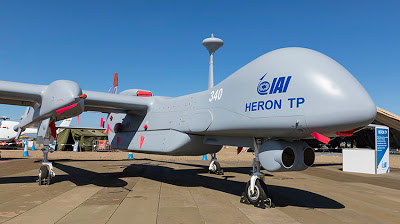 The Heron TP is on display at the Avalon Airshow. (photo : Australian Aviation)

Israel Aerospace Industries (IAI) is at the Avalon Airshow on a mission to demonstrate that the Heron TP is a viable option that should be considered to meet the Australian Defence Force’s requirement for an armed unmanned aircraft.

“Give us the chance to compete, to see our capabilities, to compare, to see the benefit that we can bring with our system,” said Shaul Shahar, IAI executive vice-president and general manager, Military Aircraft Group.

Shahar told Australian Aviation on Thursday that IAI plans to partner with a leading Australian defence company that would act as the prime on its bid for the AIR 7003 project, while the Israeli defence and aerospace company would be playing the role of subcontractor, bringing “significant work-share” to Australia.

IAI is looking at three or four candidate companies, and two to three months from now it expects to be in a position to announce the local company it is teaming with. 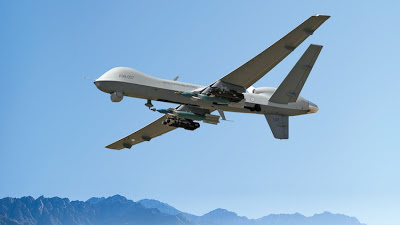 “Heron TP can integrate whatever the Australian customer will ask to integrate; if it has a requirement we will fulfil the requirement,” Shahar said.

Talking about the capabilities of the Heron TP, he said IAI offers “the same or better in any aspect in any domain” when compared with the Type-Certifiable Predator B system from General Atomics Aeronautical Systems.

The Heron TP has been in active service with the Israeli Air Force since 2010, and is on display in Australia for the first time.

Australia is seeking to acquire an armed, medium altitude, long endurance unmanned aircraft to provide an integrated and persistent intelligence, surveillance and reconnaissance (ISR) and attack capability to support ADF and coalition forces.