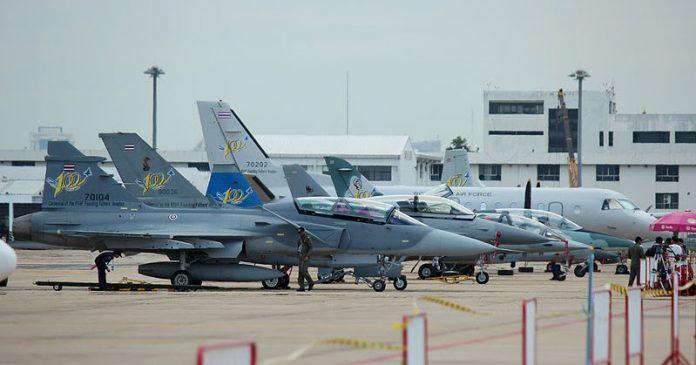 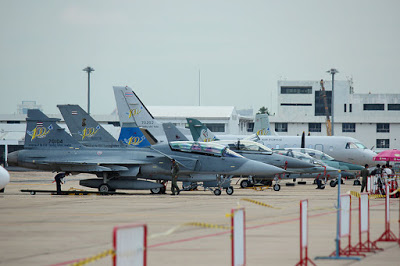 Thailand to increase defence spending from the existing 1.4% of GDP to 2% of GDP by the end of the decade (image : wiki)

Thailand’s government has launched a 10-year military development programme through which it intends to address some of its major challenges, including ongoing insurgency in the south.

The ‘Modernisation Plan: Vision 2026’, which was announced by the Ministry of Defence (MoD) on 27 February, contains three objectives: to improve the preparation of the Thai military, to enhance capabilities, and to modernise related structures.

The modernisation plan does not provide a specific list of required military assets or capabilities but does provide an outline for Thailand to increase defence spending from the existing 1.4% of GDP to 2% of GDP by the end of the decade, officials confirmed to Jane’s. (Jane’s)

The Defence Council has approved a 10-year modernisation plan for the armed forces, designed to boost their ability to deal with any potential threats facing the country.

The “Modernisation Plan: Vision 2026” was given the green light at yesterday’s council meeting chaired by Deputy Prime Minister and Defence Minister Prawit Wongsuwon, according to Defence Ministry spokesman Kongcheep Tantrawanit. The blueprint, produced in tandem with the military reform policy, looks to improve the armed forces’ readiness and armament capability to fend off threats to the country over the next 10 years.

It has been drawn up in conjunction with other major master plans, including the national strategic defence plan spanning the next 20 years.

This plan looks at revamping the Defence Ministry’s management and organisational structure as well as industries related to national defence.

Maj Gen Kongcheep said the modernisation policy over the next 10 years prescribes how the forces can manage to operate during two scenarios — in case military spending increases in tandem with the country’s growing gross domestic product, or in case of a tight budget.

The military has a clear idea on how it can operate to the highest ability with a limited amount of funding, he said.  (Bangkok Post)