Queensland Training Area for SAF Set to be Smaller Australia is planning to substantially reduce the size of proposed training areas for Singaporean troops in Queensland provided for under a multibillion-dollar deal reached between the two countries last year.

Australia is now including additional infrastructure in lieu of the area.The revised plan follows an outcry from farmers who have refused to sell hundreds of thousands of hectares of farmland to make way for the expansion of the training areas at Shoalwater Bay base, near the city of Rockhampton, and a field training area at Townsville, a city further north.

Despite initially insisting the expansion was required to meet the military’s training needs, a revised Australian masterplan says defence officials have now assessed that “a smaller expansion of Shoalwater Bay Training Area and Townsville Field Training Area is achievable”.

The government has said it will continue to try to buy land from farmers – but The Sunday Times has been told few are expected to sell.

As much as 300,000ha of land – an area about four times the size of Singapore – was involved in the original acquisition plan.

According to the revised master- plan, published on the Australian Defence Department’s website on Feb 23, the government believes it can achieve its training requirements with smaller bases. A final layout of the training areas will be decided later this year.

“Defence has identified a number of measures to achieve the training outcomes for the ADF (Australian Defence Force) and the SAF (Singapore Armed Forces) within this smaller expansion,” the plan says. “These measures seek to maximise the use of the existing training areas through additional engineering works, revised scheduling, and simulated training activities to further limit the need for expansion.” 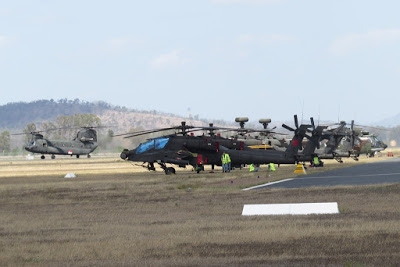 The office of Defence Minister Marise Payne said the changes would not affect plans to allow for the training of increasing numbers of SAF troops to start later this year.

“This will not affect the timetable (under the Singapore training deal),” a spokesman for the minister said. “A gradual increase in numbers will start later this year.”

The government’s final decision on the training areas will depend on the number of farmers who sell, as well as a study of the social and economic impact on the region. The study, conducted by accounting firm KPMG, is close to being finalised and will include public submissions which closed last Monday.

The spokesman for Ms Payne said officials were continuing to meet farmers about purchasing land near the two training sites, but would not comment on how many were expected to sell.

“We are only looking to work with willing sellers,” he said.

Mr Ian Conrad, a Queensland lawyer representing several farmers, said: “Nobody has expressed negativity towards the fact that we’re having more training for Singaporean troops.

“It is more that they (the federal government) were looking at taking good-quality land and going about it in a ham-fisted way.”

Mr Conrad also said he expected that the “vast majority” of the 60 or so affected farmers would not sell their land.

Aside from seeking to buy land from farmers, the Defence Department stated in the plan that it is also considering other options, such as providing additional training areas further inland.