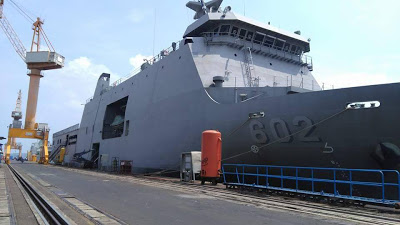 MANILA (PNA) — Around 100 enlisted personnel and officers are now undergoing training on the various systems of the country’s second strategic sealift vessel (SSV), the BRP Davao Del Sur (LD-602), which is now nearing completion at the shipyard of contractor PT PAL (Persero) in Surabaya, Indonesia.

These naval military personnel are now being trained shipboard training to ensure that they are capable of sailing the ship home by second week of May, Philippine Navy spokesperson Capt. Lued Lincuna said in an interview with the PNA Monday.

“About 100 of the ship’s crew are now undergoing their shipboard and depot level maintenance training,” he added.

After these exercises, Lincuna said the Filipino crew will then subject BRP Davao Del Sur to a series of machinery and equipment to ensure she is capable of putting out to sea.

“After all those checks, she will be subjected to a series of dock trials, sea trials and endurance run (to determine her seaworthiness),” he added.

As of this posting, the BRP Davao Del Sur is 98 percent completed. 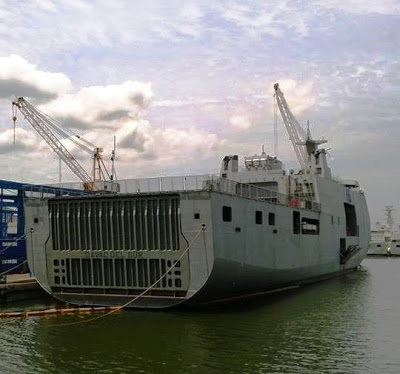