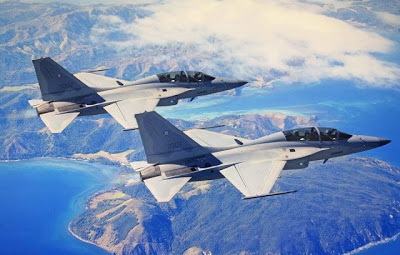 AFP Spokesperson Brigadier General Resituto Padilla said due to the initial good performance impressions given by the aircraft there is a possibility to acquire six more units of the Korean Aerospace Industries, Ltd (KAI) made jet.

“We are constantly evaluating the jet and so far, it’s performance has been good. If we will be given additional funding and authority, we might acquire six more units,” the AFP spokesperson said as quoted by PNA.

This is on top of initial order of 12 units. Padilla said all 12 ordered FA-50PHs are expected to be completely delivered in May. PAF’s acquisition of the 12 FA-50PHs was under the AFP Modernization Program contracted with the KAI to enhance the country’s territorial defense capabilities.