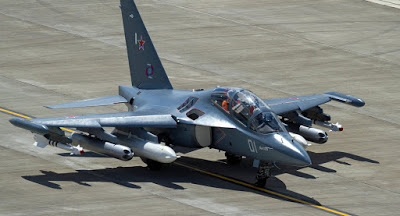 According to PK-KQ, almost certainly Yak-130 aircraft has been selected by the Vietnam Air Force as his new generation training aircraft.

“However, the newest of this program is that students do not graduate from L-39 but have to graduate on newer aircraft.” According to the Department of Defense and the planes, The Yak-130 is a modern 4th generation aircraft and is compatible with the Su-27, Su-30.

Therefore, it is very convenient for the pilot after graduating from the Air Force School to transfer training at the Su-27, Su-30. ” Vietnam has chosen but almost certainly Yak-130 has won the special attention of the Vietnam Air Force.

Previously, at the International Air and Marine Exhibition (LIMA-2017), the Vietnamese high-level military delegation had visited the site of the Yak-130 combat training ground. This is the type of aircraft that has been rumored by the Russian and international media that Vietnam is planning to buy. Speaking about the necessity of the Yak-130 aircraft to Vietnam, Sputnik news agency has analyzed the analysis of Russian military science doctor Makar Aksenenko has analyzed the need for this. Recently in Hanoi the conference was held exclusively for this, which announced plans to set up the Center for Training of Supersonic Pilots.

With the initial training facility, Vietnam is interested in modern-day Yak-130 speed trainers and the L-39NG of the Czech Republic. So what kind of aircraft should you choose: Russian or Czech? In the commentary for Sputnik, fighter plane expert, military science doctoral student Makar Aksenenko expressed the following opinion:

“For a time, it was the L-39 that took wing for future Soviet Air Force fighter pilots, then the Russian Air Force, and a whole host of other countries. The Czech plane was used not only as a training machine, but also as a light attack aircraft.

However, as time progresses, new avionics technologies have emerged, changing the training program of combat pilots and flying tactics. Therefore, the L-39, even the New Generation L-39NG, was the “yesterday”.

The aircraft has an engine, avionics that does not have close interoperability with modern aircraft systems such as Su-30, Su-35, MiG-35. This does not allow the use of the L-39 as a transitional medium for the training of fighter pilots. 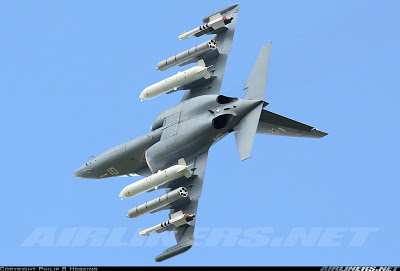 The question is about the feasibility of Vietnam setting up a training center for supersonic pilots, controlling modern “Su” fighters. The clear aim is that young combat pilots need the best training when it comes to combat units, and can immediately fulfill their assigned tasks. Russian expert Makar Aksenenko assessed:

“I understand the interest of Vietnamese experts in training human resources for aviation, and they need a trainer with the same characteristics as possible with complex supersonic aircraft. However, the Russian Yak-130 (subsonic speed) aircraft can simulate the characteristics of the features, and especially the “Behavior” on “ultrasound”.

These are the advantages of a combat training machine built on the basis of modern elements! Its capabilities are sufficient to train pilot pilots at supersonic speeds. Moreover, the “ultrasound” flight – the only combat mode available for use even on modern fighters. In addition, it should take into account … economic factors: reduce costs, “- Russian expert noted.