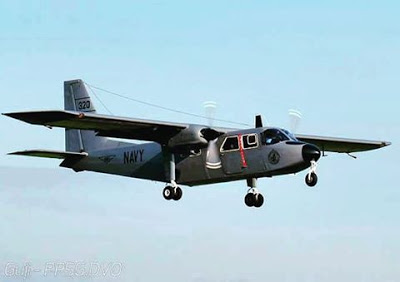 The Philippine Navy (PN)’s venerable Britten-Norman Islander aircraft will not be retired even if all the five Japanese Beechcraft King Air TC-90 aircraft are delivered this year.

“We will not retire (our Britten-Norman Islander fleet) yet. The TC-90s will just complement them and add to the number of aircraft that the PN is (using) for its maritime domain awareness capabilities,” said PN flag-officer-in-command Vice Admiral Ronald Joseph Mercado.

The Navy currently operates six Britten-Norman Island aircraft for its patrol and other security missions, having acquired them in the early 1980s.

It has a maximum speed of 170 miles per hour and range of 756 nautical miles.

While the TC-90s have a range of over 1,000 nautical miles, and a cruising speed of 260 knots and capable of carrying eight passengers along with the pilots.

Last Monday, Japanese naval personnel formally turned over two of the five TC-90s to the PN during short ceremonies in Sangley Point, Cavite.