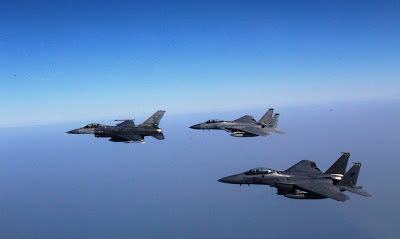 The exercise, the 23rd in its series, was conducted in two phases. The first phase was a command post exercise, held at the Multinational Operations and Exercise Centre in Changi Naval Base, Singapore, from 6 to 9 December 2016, while the second phase was a flying training exercise conducted at Korat Air Force Base, Thailand, from 20 to 30 March 2017. 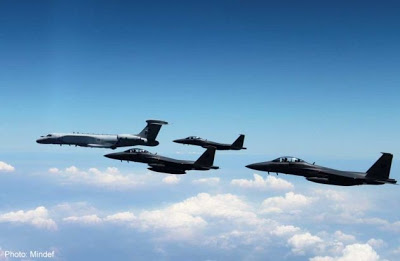 The RSAF Exercise Director for Exercise Cope Tiger 2017, Colonel Chan Ching Hao, shared the significance of the annual large-scale trilateral air exercise. He said, “We value the excellent opportunity that Exercise Cope Tiger provides for us to train alongside our counterparts from Thailand and the US. This large-scale exercise allows us to hone our combat readiness and operational capabilities in air defence, strike and UAV operations. The successful conduct of the exercise has further enhanced our interoperability, and bears testament to the strong defence relationship shared between the three participating countries.”

The exercise participants also took part in a two-day joint socio-civic programme, where they provided basic health and dental services to the local community in the vicinity of Korat Air Force Base and Chandy Range.

Conducted annually since 1994, Exercise Cope Tiger seeks to enhance professionalism and interoperability among the participating forces, and promote closer rapport and mutual understanding among their personnel.