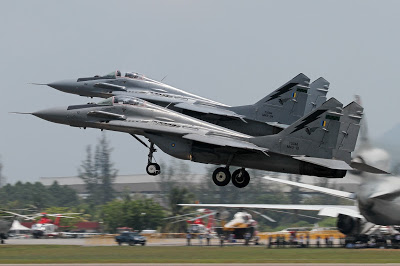 NEW DELHI — India has stated its keenness to buy the MiG-29 aircraft from Malaysia and upgrade them for use by its air force.

Prime Minister Datuk Seri Najib Razak said the proposal was among the aspects of military cooperation agreed to by Malaysia and India.

In this matter, he said the Ministry of Defence and the Royal Malaysian Air Force (TUDM) would look at the form of cooperation, including handling the Sukhoi aircraft and spare parts.

“There is a possibility too that they will buy our MiG 29 aircraft for refit. We reciprocate by accepting spare parts for our Sukhoi aircraft programme,” he told a media conference at the end of a six-day visit to India which started on March 30 in Chennai.

According to leading military aviation magazine, ‘Air Forces Monthly’, the Royal Malaysian Air Force in 1995 procured 18 MiG-29N from Russia, and presently has 10 MiG-29N and 2 MiG-29NU (trainers) in its fleet. 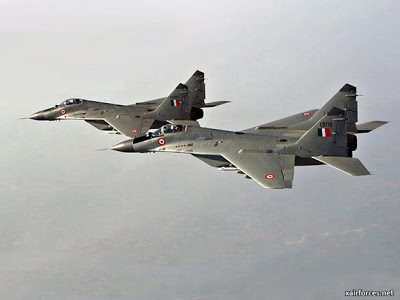 Najib also said the visit this time to India was successful in terms of investments between the two countries, whereby 31 memoranda of understanding (B-to-B) had been signed with investments totalling US$35.99 billion (RM159.26 billion).

In addition, Topworth Group and Samarth Group from India had submitted their Letters of Intent to invest US$380 million (RM1.6 billion) in Malaysia, he added.

“My visit to Jaipur showcases Malaysia’s keenness on the highway project in Rajashtan and the model to be implemented by Malaysia will be an example to the states neighbouring Rajashtan,” he said.