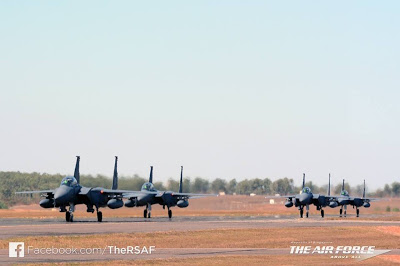 SINGAPORE — The Republic has sent six F-15SG jets and about 100 personnel to an air base in Guam in the Western Pacific for training with a squadron from the United States Pacific Air Forces, said the Ministry of Defence (Mindef) on Thursday (April 13).

Prime Minister Lee Hsien Loong had said last year that the Government was exploring the possibility of the Republic of Singapore Air Force (RSAF) training in Guam.

In response to TODAY’s queries, a Mindef spokesperson said: “The RSAF is deploying six F-15SGs and about 100 personnel from 142 Squadron to Andersen Air Force Base in Guam for fighter flying training with the United States Pacific Air Forces’ (US PACAF) 44th Fighter Squadron from April 10 to May 11 (this year).”

“The RSAF and the US PACAF interact regularly through a wide range of activities, including regular bilateral and multilateral exercises such as Exercise Commando Sling and Exercise Cope Tiger. These interactions have enhanced the interoperability and people-to-people ties between the two air forces,” the spokesperson added.

In a Facebook post on its page on April 5, the RSAF noted that the Singapore Armed Forces (SAF) is “no stranger to Guam, with the Singapore Army having conducted bilateral exercises with the US Marine Corps there as early as the 1990s”. 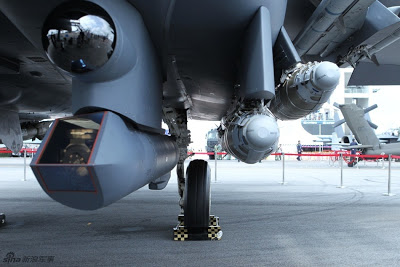 “Overseas training such as this is important for the RSAF as we face airspace constraints in Singapore. The vast overseas airspace allows our airmen and women to conduct realistic training to build up our operational capabilities and readiness. We also train regularly with other air forces such as Australia, India and Thailand,” the RSAF post said.

Guam, a US island territory strategically located in the Western Pacific, has long been a station for passing jets and submarines and is a linchpin in Washington’s pivot to the Asia-Pacific region.

According to US media reports last year, there were plans to turn Guam into a hub for about 5,000 US Marines who will be tasked with responding to conflicts and disasters in East Asia.

In August last year, Mr Lee said that Singapore’s air training space and military ties with the United States would be expanded if discussions for training opportunities in Guam were finalised.

“We have fighter training in America, flying training in Australia — we have a flying training school there, we have got a facility in France in Bordeaux. Guam, geographically, is a bit closer than these places,” Mr Lee had told the Singapore media as he wound up a four-day official visit to the US.