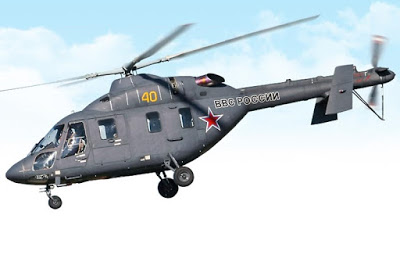 In the capital of Tatarstan with a working visit, a delegation of the Ministry of National Defense of the Republic of Vietnam. Negotiations between foreign visitors and experts holding “Helicopters of Russia” took place on the basis of the Kazan helicopter plant holding “Helicopters of Russia” (part of the State Corporation Rostec). The main purpose of the visit – to discuss deliveries of civil helicopters in the Republic of Vietnam.

Of particular interest is the delegation called choppers “ANSAT” and Mi-17V-5. Demonstration flights were organized by helicopters in flight test of an enterprise, in which members of the delegation were able to assess the maneuverability and performance characteristics of machinery, both from the ground and inside the cabin.

Representatives of the Ministry of National Defense of the Republic of Vietnam acquainted with the main manufacturing facilities of the Kazan helicopter plant. The two-day visit to Kazan, the guests were shown parts of the assembly units and fuselages for the helicopters Mi-8/17, “ANSAT” and the Mi-38. The delegation also visited the site in large series final assembly shop, where they were presented Mi-8MTV-1, Mi-17V-5, and a portion of small series, where the “Ansat” helicopters are assembled. 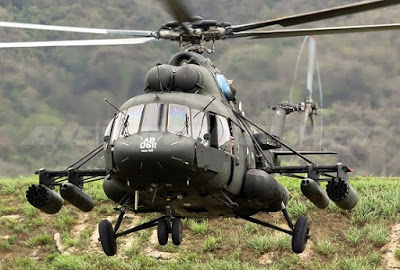 “The Socialist Republic of Vietnam is one of our long-term partners and has extensive experience in operating very different aircraft. Over half a century we set boundary cooperation Vietnam more than 50 units of helicopters, including Mi-4, Mi-8, Mi-17, Mi-17-1V, Mi-171E, Mi-172. Our helicopters fly in the Air Force and as a part of civil aviation – many of them serving the oil industry and drilling shelves. Great interest among foreign delegation called multi-purpose Mi-38 “- said Deputy General Director for Marketing and Business Development holding” Helicopters of Russia “Alexander Shcherbinin.

Multifunctional helicopter “Ansat” can reach a maximum speed of 275 km / h and to fly at distances over 500 km. Due to the serious competitive advantages in its class, “ANSAT” helicopter is of interest helicopter operators not only in Russia but also abroad. Various modifications, as well as the possibility of a quick-change allow the helicopter to successfully meet the challenges of both civilians and security forces. Today, in series production helicopters are proprietary, “ANSAT – U” designed to teach students the flight schools and helicopter “ANSAT” certified Aviation Rules requirements for civil aviation.

Military-transport helicopter Mi-17V-5 belongs to the family Mi-8/17 and supplied to various law enforcement agencies of Russia and foreign countries. This type of helicopter is capable of carrying up to 4000 kg, or within the fuselage external load. The helicopter may also be used for the performance of combat missions using different weapons, search and rescue operations and sanitation as well as to perform various specialized tasks. The helicopter is equipped with modern communication and navigation complexes. For long-term operation of the helicopter Mi-8/17 production KHP proved that successfully cope with the tasks in all weather conditions and are the most popular and among the best in the world by right of its category.