"Tecmash" Plans to Open Production of Ammunitions in Indonesia 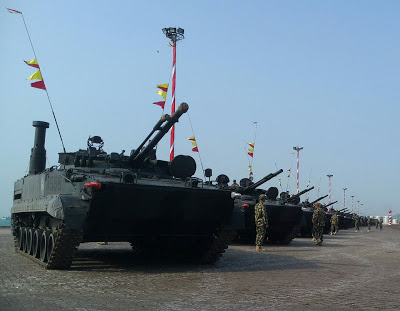 MOSCOW – RIA Novosti. Group “Tecmash” (a subsidiary of “Rostec“) is considering the possibility of opening in Indonesia licensed production of ammunitions of caliber 30 and 100 millimeters for the previously supplied Russian armored vehicles, he said in an interview with RIA Novosti director of the industrial cluster “Armament” state corporations “Rostec” Sergei Abramov.

Earlier it was reported that in December 2016 “Tecmash” management held talks with representatives of the armed forces and defense companies in Indonesia, during which the parties discussed the prospects of creating joint armaments.

“Tecmash” is actively expanding military-technical cooperation. Currently “Tecmash” considering the establishment of licensed production in Indonesia. We are talking about the production of ammunition for armored vehicles, purchased in the Russian Federation, in particular, the ammunitions caliber 30 millimeters and 100 millimeters, “- said Abramov. 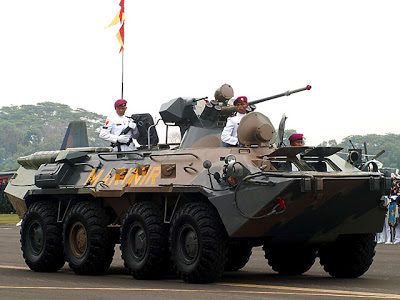 He recalled that “Tecmash” has successful experience in organizing licensed production of its weapons abroad. In particular, in 2014 the concern, together with “Rosoboronexport” was signed on the transfer of India license contract for the production of armor-piercing projectiles “Mango”.