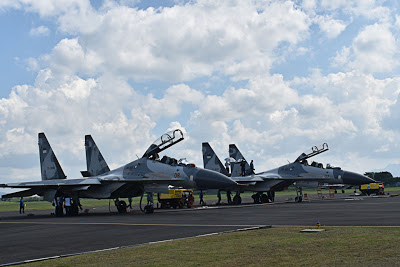 For the Indonesian Military (TNI), President Joko “Jokowi” Widodo’s order to boost presence in border areas for the sake of national sovereignty is no joke.

Late last year, a plan was made to set up a major joint military base in Natuna waters in the province of Riau Islands, initial development of which has begun. Most recently, it was revealed that the Indonesian Air Force has proposed to set up a new Air Force base at Hang Nadim International Airport in Batam, also in Riau Islands.

While Natuna is Indonesia’s outermost region facing the South China Sea, where territorial disputes between countries in the region have been ongoing for years, Batam is the nearest point to Singapore, only 20 kilometers off the city state’s southern coast.

If realized, the Batam base would be the third Air Force base in the province after the Raja Haji Fisabilillah base in Tanjung Pinang and the Raden Sadjad base in Natuna.

Hang Nadim management claimed it had received a proposal from the Air Force for a 2-hectare plot in the airport’s complex for the development of a jet fighter home base, which would include an apron and a hangar capable of accommodating four F-16 jet fighters.

“The Air Force, via its base in Tanjung Pinang, sent the proposal in March. We have not yet responded to it, as we will first set up a special team,” Hang Nadim’s general operations manager, Suwarso, told The Jakarta Post on Tuesday.

“The reason to develop [a base] in Hang Nadim is for the sake of sovereignty of the state and to support access of jet fighters to Natuna, particularly because of Batam’s strategic position,” he added.

Suwarso said the special team would study all aspects related to the proposal, as it may affect the airport’s status as an alternate airport for Singapore and Malaysia based on an International Civil Aviation Organization (ICAO) agreement.

“Commercial flights so far use Hang Nadim as an alternate airport if they are unable to land at Singapore’s Changi. With the presence of jet fighters, they might no longer use Hang Nadim,” he said. “Talks are currently held at the leadership level of the Batam Free Trade Zone Authority as the owner of this airport.” 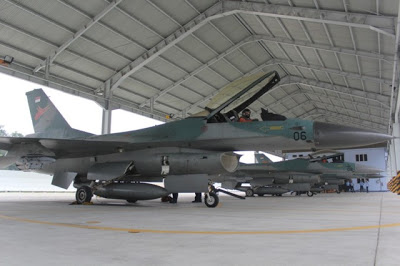 He said that, as an alternate airport, Hang Nadim could collect Rp 3 billion (US$225,000) from landing and parking fees per year.

The Air Force base in Tanjung Pinang had not responded to a request for comment as of Tuesday afternoon.

On its Twitter account @_TNIAU, the Air Force on Tuesday posted a message reading: “Indonesia’s Navy and Air Force already have bases in Tanjung Pinang, so a plan to set up base in Batam must be based on a serious analysis, since it directly borders on Singapore.”

University of Indonesia international law expert Hikmahanto Juwana said he welcomed the proposal, as it would help the government improve supervision in outer regions and border areas, for example to tackle rampant illegal poaching by foreigners.

Hikmahanto also agreed that a new base in Batam would help improve mobility of Air Force planes in the area.

“Our Air Force needs a hangar and home base for the jet fighters closer to Natuna to support their activities around Natuna waters,” Hikmahanto said.