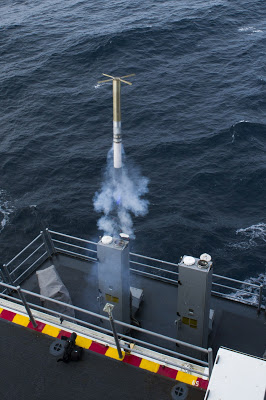 The Minister for Defence Industry, The Hon Christopher Pyne MP today announced the final Nulka missile decoy to be produced under contract with BAE Systems Australia has been delivered.

This milestone represents a significant achievement in what has been a highly successful program that has generated defence exports as well.

Mr Pyne said Nulka is a joint Australian/United States development program which began from an original concept developed in Australia by the Defence Science and Technology Organisation in the early 1970s.

BAES Australia is the prime contractor responsible for the design, development, integration and support of the Nulka system.  Full production under the current contract began in 1999 and has been supported by a broad Australian and United States industry supply chain.  Final assembly of the decoys was completed at Defence’s Mulwala munitions factory in regional New South Wales.

“Valued at more than $1 billion, the current contract covered the manufacture of over 1400 Nulka decoys, spares and support equipment for the United States Navy, the Royal Canadian Navy and the Royal Australian Navy.”

Mr Pyne said acceptance of this final Nulka decoy does not represent the end of the Nulka program nor Australia’s Nulka partnership with the United States.

“The long term relationships established through this highly successful program will continue with the development of the next generation of Nulka ensuring the jobs of around 100 Australians,” Mr Pyne said.

“Payload development and testing for the next generation of Nulka decoy to meet emerging threats is underway in conjunction with the United States with testing to date being successful.”

A decision on the next generation of the Nulka system is expected in 2018.