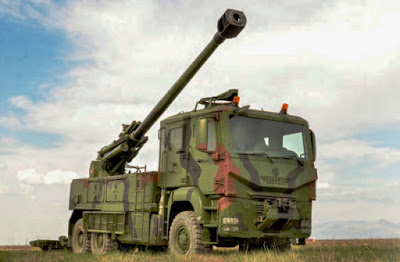 The KMO is essentially a 6×6 cross-country truck chassis with a two-door forward control cab that carries and deploys a 155 mm/52 calibre ordnance derived from the MKEK Panter towed howitzer, which was developed in the 1990s and has entered service with the army.

Elevation and traverse of the 155 mm/52 calibre weapon of the KMO is electric with manual back up controls. The controls and the sighting system are mounted on the left side of the ordnance. 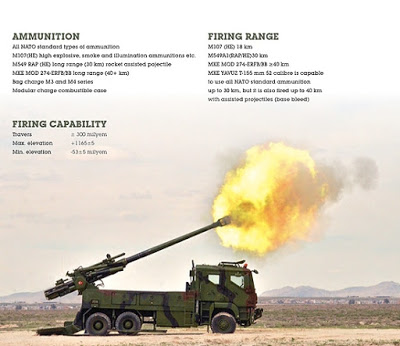 When being readied for firing a large hydraulically operated space is lowered at the rear of the platform to increase stability, while providing a platform for the gun crew.

Like the Panter towed howitzer, the KMO is fitted with a flick rammer to increase its rate of fire and reduce crew fatigue.

Aselsan has included a computerised fire control system (FCS) which is coupled to an inertial navigation system (INS).

This is essentially similar to the system equipping the Panter and the tracked Furtina 155 mm/52 calibre self-propelled artillery system.

Maximum range depends on the projectile charge system employed but a range of 40 km has been claimed using the MKEK 155 mm high-explosive extended-range full-bore (HE ERFB) projectile. 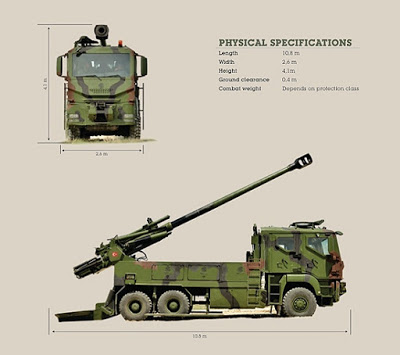 In contrast, the old 155 mm M107 HE projectile can only achieve a maximum range of 18 km although this can be increased to 30 km using the M549A1 rocket assisted projectile (RAP).

A total of 21 155 mm projectiles and associated modular charge system (MCS) are carried and these are stowed in boxes on either side of the KMO.

According to Aselsan, the KMO takes about one minute to come into action and two minutes to come out of action which improves its survivability against counterbattery fire.