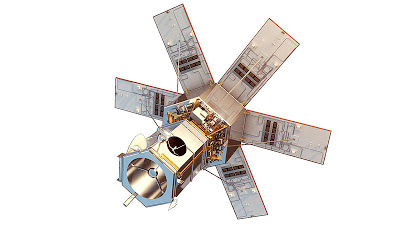 The Turnbull Government has announced a $500 million investment to improve Australia’s space-based intelligence, surveillance and reconnaissance capabilities, to support ADF operations around the world and at home to secure our borders.

This information will be used to support Australia’s defence priorities including defence operations, border protection and humanitarian missions.

Phase 1 of the project will provide Australia with direct and more timely access to commercial imaging satellites to support a wide range of Defence and national security activities.

“Defence’s enhanced access to these satellites will increase Australia’s capacity to maintain surveillance and improve situational awareness for the Australian Defence Force (ADF) and other national security agencies through the provision of high-quality imagery,” Minister Payne said.

“This means imagery from high-end commercial satellites, now in orbit, will be integrated directly into the Australian Geospatial-Intelligence Organisation’s imagery dissemination systems, reducing the time it will take for satellite imagery to get to a member of the ADF or the officers of Australia’s national security agencies.”

Minister Pyne said these contracting arrangements will provide improved value for money for the Australian Government when accessing commercial imagery.

The investment will immediately create 22 new jobs in Defence and industry across Australia in direct support of the establishment and maintenance of the capability, with many others created in the supply chain as the project matures.

“The Turnbull Government is committed to maximising Australian Industry content, with this project forecasting over $144 million to be spent in Australia, creating jobs and generating economic growth.”

“Australian industry will benefit with around $14 million spent locally to build the ground infrastructure to collect imagery from commercial satellites”, Minister Pyne said.

A total of $130 million will be spent on support contracts over the 13 year life of the project providing commercial opportunities for Australian companies – including in the Northern Territory and South Australia.

This investment will also create opportunities for Australian companies interested in satellite technology and imagery analysis.