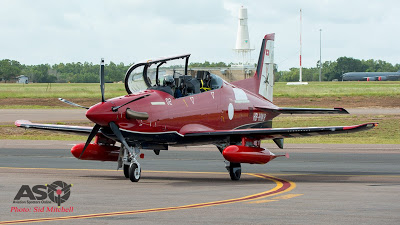 The agreement between the companies proposes a seven-year firm fixed price solution with rolling contract change proposals out to 20 years.

“This arrangement makes sense under a performance-based contract, we are best able to provide this service efficiently and manage and control the risk and liability associated with our product and this proposal flows that down to us,” said Eden.

“It represents the same partnership with Pilatus for through-life support and sustainment that we have during design, development and production.”

ISO9001:2015 certification of the Martin-Baker integrated management system (IMS) was granted last week by Southpac Aerospace. This IMS covers both quality and safety management within the company and provides the foundation for the future DASR Part 145 Maintenance Organisation Exposition. 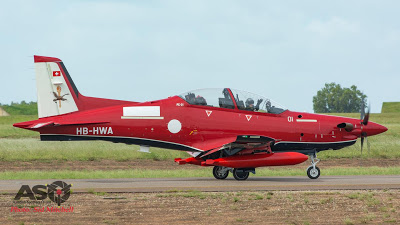 Martin-Baker director of business development and marketing Andrew Martin said the services within this agreement are a good reflection of why the company formed an Australian subsidiary.

“The services covered by this agreement are the reason we formed Martin-Baker Australia,” said Martin. “To provide the best possible sustainment solutions to our end users at the best possible price. To take this from the idea in our board room to potentially a life of type agreement on a large fleet of aircraft like the RAAF PC-21 is a great achievement.”

Rob Oliver, Pilatus’ director defence Australia, said, “We’re looking forward to this partnership and are pleased to continue our long relationship with Martin-Baker; a comprehensive service arrangement for the egress systems with the OEM of the ejection seats is a robust and elegant solution. This also increases our commitment to a new in-country Australian industry capability supporting the PC-21.”

The first maintenance under the agreement will be due in mid-2018, ramping up to full capacity within two years.

The RAAF said the Pilatus PC-21 is the world’s most advanced pilot training aircraft. As part of the AIR 5428 Pilot Training System project, the PC-21 will replace Air Force’s current PC-9/A and CT-4B aircraft.

In March this year, the RAAF’s PC-21 pilot training system was declared a significant leap forward in pilot training by Minister for Defence Personnel Dan Tehan.