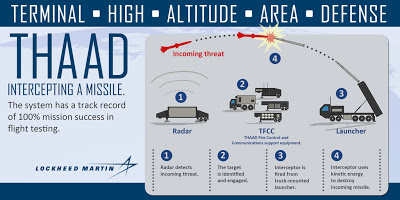 Australia will press ahead with a missile defense program to protect its forces, but a U.S. shield system isn’t appropriate, Prime Minister Malcolm Turnbull said.

The Terminal High Altitude Area Defense, or THAAD, system mentioned in recent briefings is “not really suitable for our situation,” Turnbull told reporters at the Group of 20 Summit on Friday. The meeting in Hamburg has been overshadowed by North Korea’s first successful launch last week of a missile capable of reaching at least part of the U.S.

“We’re developing missile defenses,” Turnbull said. “The focus is on protecting our forces both at sea and on the ground — our deployed forces in the field.”