THE Ministry of Defence (MinDef) has been allocated a proposed budget of B$451.79 million for the 2017-18 financial year, which is a decline of 20 per cent, or B$112.86 million, from the previous fiscals allocation.

In his preamble on the proposed budget for the MinDef on the third day of the 13th Legislative Council (LegCo) session yesterday, the Minister at the Prime Minister’s Office and Minister of Finance II, YB Pehin Orang Kaya Laila Setia Dato Seri Setia Awang Haji Abdul Rahman bin Haji Ibrahim revealed that the new budget figure comprises salary payments totalling B$288.23 million and other annual recurring expenses totalling B$163.55 million.LegCo-Logo-2

Touching on the focus and priorities of the MinDef, the minister spelt out four key areas. Firstly, to take the best viable approach to increase the effectiveness in coordinating the MinDef’s strategy to improve the safeguarding of issues of national interest such as protecting the country’s sovereignty, territorial integrity, economic prosperity, social welfare and national philosophy, as well as contributing to regional and global peace.

The second focus is to improve the level of preparedness in terms of military capacity to ensure national security. To this end, advance planning in the aspects of logistics, training, assets and military equipment, infrastructure support, as well as psychological and mental health support to army personnel will be given pressing attention.

The third priority is to increase defence diplomacy through MoUs, exchange of visits, military trainings, exchange of intelligence, the appointment of Attaché/Defence Counsel as well as conducting trainings and courses at the national, regional and international levels to prevent security threats which are increasingly complex and challenging, especially cross-border threats. The minister gave examples such as the involvement of the nation as the host of military exercises under the framework of the Asean Defence Ministers Meeting (ADMM) and the ADMM-Plus, which not only serve to strengthen the concept of interoperability between the armies of Asean and its dialogue partners in addressing security threats, but also raise the profile of the nation in promoting confidence-building and regional integration, thereby upholding the country’s commitment towards regional and international cooperation.

The fourth focus of the MinDef is to strengthen the solid partnership with local agencies in support of each other’s capabilities in every mission to uphold His Majesty Sultan Haji Hassanal Bolkiah Mu’izzaddin Waddaulah ibni Al-Marhum Sultan Haji Omar ‘Ali Saifuddien Sa’adul Khairi Waddien, Sultan and Yang Di-Pertuan of Brunei Darussalam’s aspiration of seeing improvements in the ‘Whole of Nation’ approach between the government and relevant stakeholders.

Such cooperation, among others, has been realised through the National Security Committee in various fields, including prevention of terrorism, maritime security, natural disasters and cyber security.

The minister said that this focus will take into account the challenges and understanding of the concept of security threats which has changed in the era of globalisation and deepening inter-nation integration.

All this has brought about a dynamic security environment and new spectrum of threats which now not only include traditional threats, but also non-traditional ones. 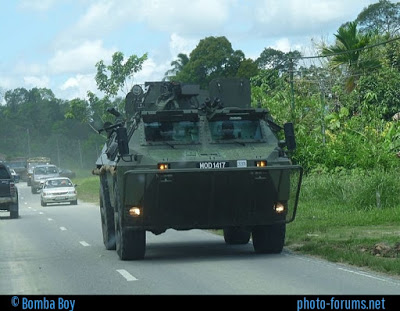 In this context, YB Pehin Orang Kaya Laila Setia Dato Seri Setia Awang Haji Abdul Rahman also said that the use of assets optimally and effectively will become a catalyst for the achievement of priorities of the MinDef.

These include addressing the strength of military capabilities, where coordination will continue to be implemented over management framework resources to improve the ministry’s capabilities more holistically, systematically and proactively.

The minister also said that to ensure the maintenance of assets and coordination of logistics support is sustainable and effective, initiatives and studies have been introduced, such as the business process reengineering of some supply chain management procedures, Maintenance Repair and Overhaul (MRO) – which can be extended to industries and capable local companies and support network builder and the Original Equipment Manufacturer through the Public-Private Sector Partnership.

In addition, the replacement of the Defence Logistics Information System with a new one will also be prioritised as a major catalyst for improving effectiveness in the maintenance of assets.

In monitoring performance assets, the MinDef has also used a Balanced Scorecard with Operational Key Performance Indicator to monitor the maintenance of operating assets so that they are at a high-preparedness level. 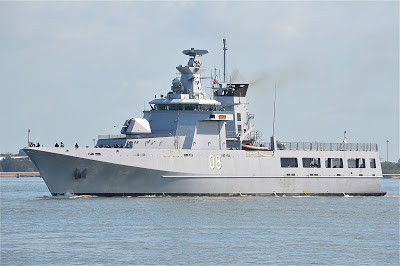 To improve asset management – taking into account the rate of obsolescence

with the rapid development of technology in the field of defence – the MinDef has taken a “smart buyer” approach to the purchase of defence technology. This is to support the ministry’s missions with appropriate military technology while maintaining sustainability and effectiveness in the supply chain process.

To increase the capacity and productivity of manpower resources, skilled, dynamic and constantly-improving human capital is required.

To achieve this, the MinDef is providing a framework for human resources to put in place initiatives to increase the competency of each army personnel – civilian or non-civilian – and proper succession planning.

Speaking on the need for prudent spending of the new government budget, the minister said that the MinDef is also implementing new cost-saving approaches such as the establishment of a Saving Taskforce – a continuation of its efforts in ensuring continued prudent spending and reducing wastage across all levels of operations throughout the ministry.