$1.5b Tiger Choppers Grounded After Being Classed ‘Unsafe’ 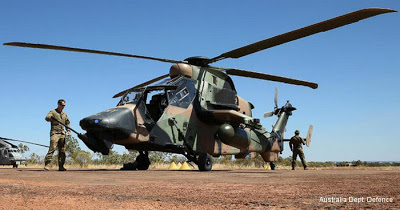 Australia’s $1.5 billion Tiger attack helicopters have been grounded in all but emergency situations after being deemed to be “unsafe” by the manufacturer.

The move is the latest in a series of setbacks for the Australian ­Defence Force, which has recently been beset by a number of failures of costly military hardware.

The “near-grounding” edict ­issued by Airbus Helicopters was in response to the results of a preliminary investigation into the crash of a German variant in ­Africa that killed two crew members last month. Rotor blades falling mid-flight have been nominated as a possible cause of the crash that saw the German aircraft plunge 550m into the desert in Mali and ­explode.

Defence last night confirmed it had “temporarily restricted the operations of Tiger fleet to those flights that enable the capability to remain deployable, while ensuring any unknown risks are mitigated”.

A Defence spokesman said Tiger operations were restricted to essential flights only following the fatal accident in Africa.

“Defence is consulting with Airbus Group Asia Pacific to ­review recent advice. No new information has been received from the accident investigation,’’ he said.

“AH can neither identity the part, the failure of which would lead to the accident, nor the origin of the failure (design, manufacturing, maintenance). Consequently AH is not in a position to propose a protective measure.”

Investigations are continuing into the Mali crash, with Germany’s Die Welt newspaper saying there had been reports that when the aircraft crashed, its nose had suddenly pointed downwards, meaning it speared into the ground vertically. There was no suggestion the aircraft had been shot down. 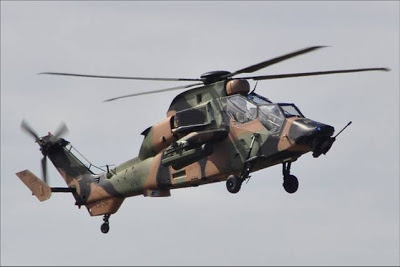 The aircraft was supporting troops as part of a German peacekeeping operation in Mali at the time.

Australia has 22 of the aircraft, which are under consideration for a midlife upgrade estimated to cost more than $500 million. The helicopters have a troubled past, ­including reaching final operational capability only last year — seven years late and with several caveats on their operations.

The caveats related to deficiencies in the electronic warfare self-protection system, limitations with voice and data communications, missiles no longer being manufactured by the original maker, and constraints on spare parts, ­according to a 2016 report by the Australian National Audit ­Office. The report noted 76 perceived deficiencies with the helicopter.

In a Senate estimates committee hearing on May 30, Chief of Army Angus Campbell was forced to defend the reliability of the helicopters and to confirm they were safe to fly ­despite there still being caveats on their operations. He also confirmed that Australia was part of an information-sharing group with the Germans and other operators of Tiger variants.

Lieutenant General Campbell also confirmed the Defence ­Department had budgeted to fly the helicopters consistently over the next three years. He described the aircraft as “a very advanced, very sophisticated and complex system”.

Last week Defence still had not responded to a question on notice from the May hearing about whether the sustainment costs for the Tiger helicopters had blown out from a budgeted amount of $397m to $1.3bn.

A spokesman would say only that Defence was “actively monitoring sustainment contract of the Tiger helicopter capability to ensure it achieves value for money”.

Airbus did not respond yesterday to a request for comment.