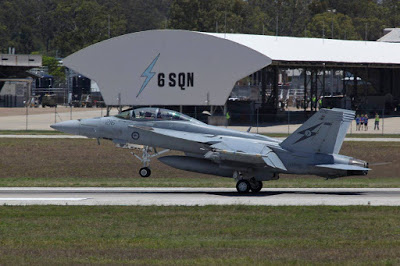 The RAAF’s 6 Squadron has completed its last flight with the F/A-18F Super Hornet as the unit prepares to introduce the EA-18G Growler electronic attack aircraft into service.

Six jets from Amberley-based 6SQN took part in a farewell flight over southern Queensland on November 23, the unit’s last flight with the Super Hornet before handing over the aircraft to sister unit 1 Squadron.

6 Squadron will now focus entirely on introducing the Growler into service in 2017 ahead of initial operating capability with the aircraft in 2018.

“I’m incredibly proud that 6SQN will operate the Growler for Air Force.” 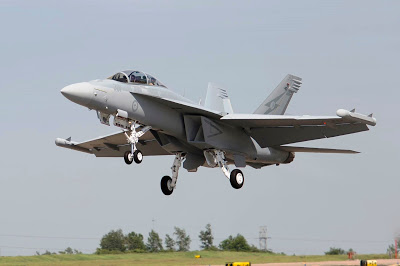 1SQN, meanwhile, will now operate all 24 of the RAAF’s Super Hornets, with 6SQN’s Super Hornet aircrew training role now shared between 1SQN and the US Navy.

Operational conversion of Super Hornet pilots and air combat officers will now be undertaken by the US Navy, while the newly-enlarged 1SQN’s C Flight will conduct operational transition (Optrans) training where aircrew who have completed the USN Super Hornet conversion are trained in RAAF processes and procedures.

“The USN offers an outstanding product, but there are some differences between their systems and ours and we need to make sure it’s all standardised,” the commanding officer of 1SQN told Australian Aviation’s December issue.