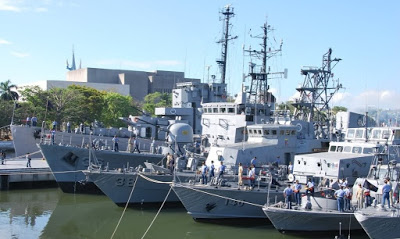 MANILA (PNA) — There is a strong need for the House of Representatives to increase the budget of the Department of National Defense (DND) to enable it to acquire modern equipment for the military.

This was disclosed by DND Secretary Delfin Lorenzana in a press briefing Thursday.

“You know I have been talking to some of the congressmen, I told them, we should increase our budget, we have been underfunded for the past 50 years so that we cannot buy modern equipment,” he said in Filipino.

Lorenzana cited the case of Singapore, which is a relatively small country compared to the Philippines and yet spends around three percent of its gross domestic product (GDP) for its defense needs.

In contrast, he said the Philippines is only spending some 1.2 percent of its GDP for defense.

“That’s why (Singapore) has more aircraft, more ships, they have more of everything, including 50 urban protection vehicles which they bought in France for 3 million Singaporean dollars each. They also have tanks. Their only problem is that they don’t have any area for exercises,” Lorenzana said.

Due to low budget for DND for decades, he said the Philippine military is very far behind its Southeast Asian neighbors.

Lorenzana said that allocating 2.4 percent to 2.5 percent of the GDP for defense expenditures will be fair.